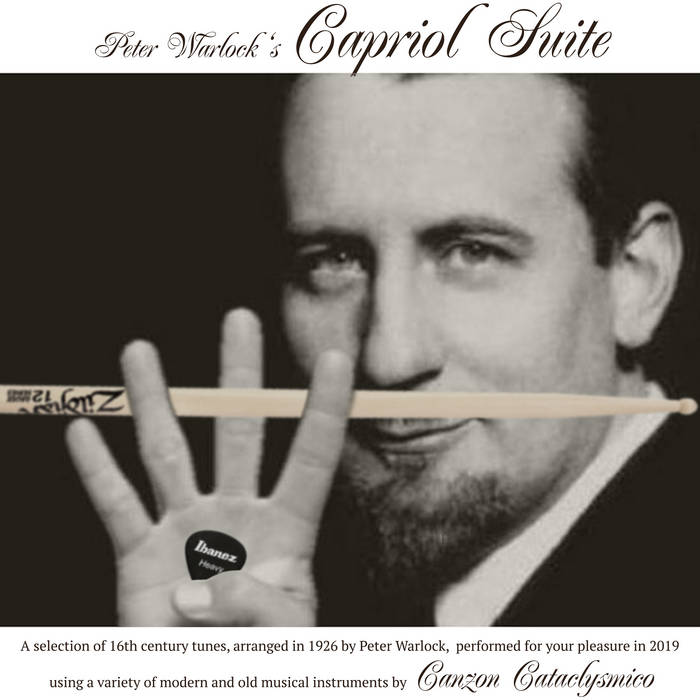 The fifth of the six movements from Peter Warlock's Capriol Suite, a 20th century composition based on 16th century dances. Not as 'Rock' as I wanted but the upright bass and brushes sounded great.

It looks like a hymn tune and sounds lovely when played by a brass band. I've played 3 parts on brass; flugelhorn, trombone (which is actually my flugel pitch-shifted) and harmon-muted cornet. The improvised guitar on top sounds ok, I think and is my way of saying 'no, this isn't lounge jazz'.