My Lords and Ladies 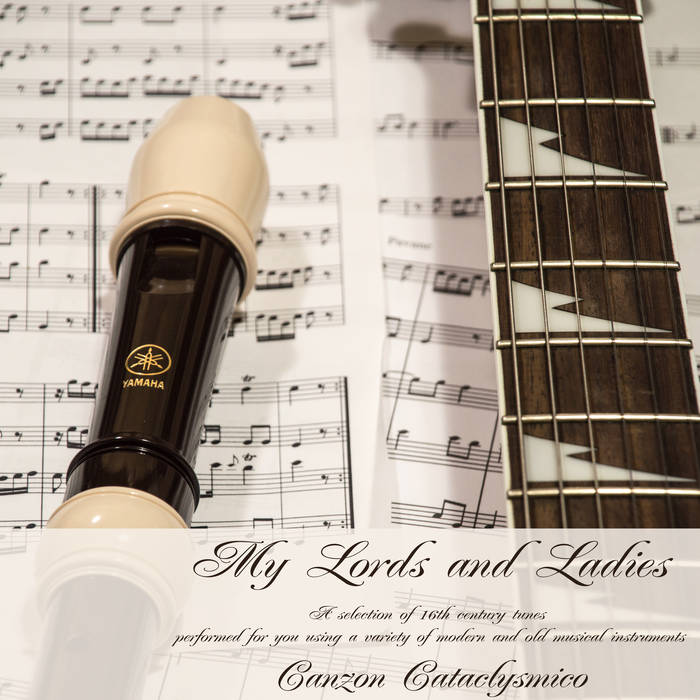 16th century music rocks.
A mix of modern and old instruments makes the magic happen. The chord changes lend themselves really well to the second Elizabethan idiom while still retaining a flavour of the first Elizabethan era.
Canzon Cataclysmico is a project which aims to do just that. The music is played on modern instruments, guitar, bass, modern drum kit, as well as more traditional wind and brass. I play real instruments where possible, to varying standards, some midi and the occasional mad sound sample or electronic effect.